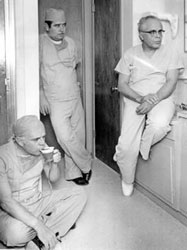 As a young physician who returned to his home community to practice medicine, Dr. Mario E. Ramirez played a pivotal role in bringing formal health care to Starr County. Located in the western edge of the Rio Grande Valley, Starr County is bordered by Hidalgo County (McAllen) Jim Hogg County (Hebbronville) to the north, and Zapata County (Zapata) to the west. The Rio Grande River serves as its boundary with Mexico to the south.

In 1950, following his residency, Dr. Ramirez established the first family practice clinic in Roma, Texas. Soon after in 1958, he established the first hospital in Roma to better serve the needs of the patients in his family practice clinic. Named after his grandfather, The Manuel Ramirez Memorial Clinic and Hospital operated until 1975. Physicians, surgeons, and other specialists traveled to Roma on a regular basis to meet the needs of patients who could not travel to a larger city for health care. Previously, the only hospitals had been 55 miles to the east in McAllen or 90 miles to the west in Laredo. On February 15, 1975, the day the Ramirez Hospital closed its doors in Roma, the Starr County Memorial Hospital opened in Rio Grande City. As Starr County Judge, Dr. Ramirez was instrumental in managing the construction of a new, modern hospital, and helped to create a hospital taxation district to support its operation.

During his career, Dr. Ramirez made it his goal to bring the needs of medically underserved Texans to the attention of several United States presidents, and numerous state and federal medical organizations. To accomplish this, Dr. Ramirez held numerous key positions in his profession, and was honored for his work by Lyndon Johnson, Richard Nixon, Jimmy Carter, and George H.W. Bush. In 1989, Governor Bill Clements appointed Dr. Ramirez to a term on the University of Texas System Board of Regents where he served until 1995. 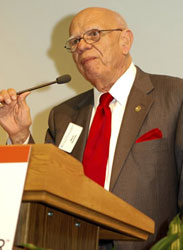 Motivated by the professional isolation he experienced as a country doctor and the severe shortage of health professionals in the Lower Rio Grande Valley, Dr. Ramirez proposed the creation of the Med-Ed Program during his tenure as UT Health Science Center Vice President for South Texas Programs. In the latter part of his career, Dr. Ramirez established and nurtured the Med-Ed Program. This program has inspired more than 2,200 students in the Rio Grande Valley and Laredo with the message that college and health science careers are attainable. In 2007 Dr. Ramirez celebrated his retirement from the UT Health Science Center, where Dr. Francisco Cigarroa, former President of the UT Health Science Center San Antonio, spoke of the significance of Dr. Ramirez's contributions to the advancement of medical education in South Texas, calling him "one of the greatest heroes that Texas has produced."